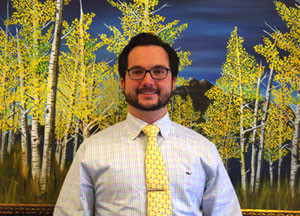 Dr. T.C. Hardy can assist residents around or near Timnath Colorado who are looking for a specialist. Dr. Hardy is a board-certified Orthodontist Timnath who has devoted his career to assisting both kids and adults in straightening their teeth, correcting bite problems, and improving a variety of orthodontic problems. At Taft Hill Orthodontics, we provide a variety of treatment options to match your specific needs. Our treatments include traditional Timnath Braces, short-term braces, and other kinds of braces such as Lingual braces Timnath, as well as Timnath Invisalign aligners, Timnath Clear bracket braces, Invisalign Teen®, surgical orthodontics, and treatment for temporomandibular joint disorder (TMJ). Dr. Hardy and his highly qualified team utilize some of the most advanced techniques available to help you reach your teeth goals comfortably and discreetly.

Feel free to browse our site to know more about our practice and the services we provide. Below is a comprehensive map of our dental office’s location near Timnath, CO area. Contact Taft Hill Orthodontics if you have any questions or would like to book a consultation for an Orthodontist Timnath CO.

We believe that finding experienced and trustworthy care near Timnath, CO is an important factor of the orthodontic care procedure. While regular dentists may offer orthodontic services, you can visit our practice and be examined by a specialist, an actual Orthodontist Timnath, CO who has expertise in these type of procedures and has the knowledge and experience to deliver optimal results. Dr. Hardy received his specialization in Orthodontics from Tufts University School of Dental Medicine, where he concentrated on fixing misaligned teeth, occlusion adjustment, and treating jaw abnormalities. As an active member of the American Dental Association and the American Association of Orthodontists, Dr. Hardy and our entire team of Orthodontics Timnath professionals are dedicated to creating a relaxed, personalized experience for our patients. He also does not wish anyone to be restricted by financial constraints, and thus, works with each patient to make braces as affordable as possible.

The Town of Timnath is a Statutory Town located in Larimer County, Colorado, United States. Founded in 1882, Timnath is a small agricultural/farming community located southeast of Fort Collins, Colorado, approximately one-half mile east of the Harmony Road/Interstate 25 interchange, on a small bluff east of the Cache la Poudre River. The surrounding farmlands have been used primarily for potatoes, alfalfa, sugar beets, and cattle. Although the town has remained virtually unchanged in recent decades, the encroaching growth of both Fort Collins to the west and Windsor to the south have placed the town in an area considered favorable to development. The population was 625 at the 2010 census. Timnath has been one of the fastest-growing communities in Colorado since 2010, and in 2018 had an estimated population of 3,992. The area was first homesteaded by white settlers in 1869. The first schoolhouse was constructed that year, approximately one-half mile west of the current town, and was named "Fairview". By 1880, the community had outgrown the schoolhouse, and new "Fairview" school was built just north of the current town. The school also served as an early meeting place for the Presbyterian Church. The turning point in the early history of the community was in 1882, with the arrival of the Greeley, Salt Lake and Pacific Railroad (controlled by the Union Pacific) linking Greeley and Fort Collins. The following year, the Presbyterian Church, petitioned by local residents, sent a missionary to found a congregation. The current structure along Main Street dates from that year. A post office was established in 1884, headed by Reverend Charles A. Taylor, the local Presbyterian minister. When the post office was formed, Taylor bestowed the current name of the town from the 14th chapter of the Book of Judges, as the place where Samson went to obtain a Philistine wife. In 1900 the second school became outdated and a new one was built, dropping the name "Fairview" permanently. This structure currently stands as an out-building to the current elementary school. A larger school was built in 1918 (which burned in 1935 and was rebuilt the following year). The school district was consolidated with that of Fort Collins in 1960. (Source: Wikipedia)